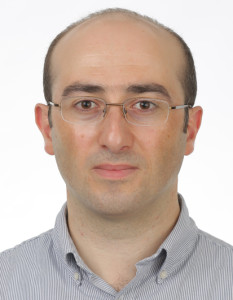 Zurab Tsetskhladze is a research associate in the Cheng lab. His research interests are focused, but not limited to using zebrafish as a model organism for personalized medicine. He has taken strides toward using zebrafish as a model system for testing human coding polymorphism. He developed HuZOR, Humanized Zebrafish Orthologous Rescue, an approach that uses zebrafish pigmentation as a model (organism and phenotype, respectively) to test the application of zebrafish for personalized medicine. Recently, he discovered a putative transposable element (TE) in zebrafish, which may be the first active TE element found to affect phenotype in zebrafish.

After completing his BS (physics) in 1999, Zurab pursued and completed a MS in biophysics in 2001, both at Tbilisi State University (Georgia). His masters focused on thermal denaturation of proteins in tissue using Electron Spin Resonance (ESR). In 2006, Zurab earned his PhD from the Institute of Molecular Biology and Biophysics (Georgian Academy of Science, Tbilisi). During his PhD he studied the role of ADP-Ribosylation in the nuclear matrix, which revealed that the activity of DNA-topoisomerase II can be modulated by ADP-Ribosylation.